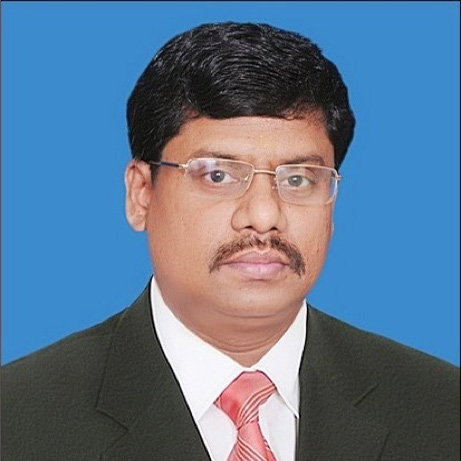 Professor Dr. B. Ramaswamy is a nationally known Educator, Author, Advisor, Legal Expert & Motivational speaker. He is an adjunct professor of the State University of New York (SUNY), the largest university in the USA. He is the Advisor – National Education Foundation, New York, USA and Adjunct Professor – State University of New York, USA. He is actively serving as the UGC Nominee Member – Governing Body – MES Pillai College of Arts, Commerce And Science, Maharashtra, Affiliated To University Of Mumbai. As a Member of Divisional Railway Users’ Consultative Committee (DRUCC) on Railways of Chennai Division, Govt. of India he contributed for its commendable progress. He is also an Associate Member of National LokAdalat Court of Delhi.

He has obtained all his qualifications from the reputed institutions and universities such as Loyola College, Delhi School of Economics, and National Law University, Indian Law Institute (ILI).  Apart from his exemplary achievements in the field of Sociology, Development Economics & Law, academically and professionally, he has several other qualifications and professional achievements in the fields of Disaster Management, Journalism and Mass Communication, Human Rights, IPR, Cyber Law, Personnel Management and Industrial Relations, Vedic Culture, Leadership, Issues of Women and Children, Disability Studies etc.

He has guided M. Phil. and Ph. D. scholars on his competent areas. He is a Visiting Fellow, Advisor, Member in several prestigious Institutions both in Government and Private such as IIT Roorkee, YASHADA, Raj Bhawan, Pune and NIPCCD, Govt. of India. He is the Academic Advisor to most prominent schools/ colleges and universities. He has published more than 250 articles/ books both in National and International magazines/ publications of repute.  He continues to write articles to leading magazines and newspapers.

Being a renowned Social Scientist, he is an invited Speaker to deliver key note addresses and Chief Guest to various functions, seminars, national and international conferences, Convocations and workshops. He travelled to more than 39 countries to deliver various areas of lectures.

He motivates large number of youth including the school children. He makes tremendous impact while delivering each lecture which brings tremendous mind transformation to the youth of India towards nation building. He holds important positions in Government viz Member/ Bench of Magistrate, Maintenance Tribunal- Maintenance and Welfare of Parents and Senior Citizen Act 2007. He also worked as Deputy Chief Warden- Civil Defence Corps, Delhi and as Director in very many Institutions and Private bodies. He was an acting Chairperson/ Bench of Magistrate- Child Welfare Committee, Government of NCT, Delhi – A bench of Magistrates constituted under section 29 of Juvenile Justice.

Being an expert as Social Scientist, Development Economist and Educationist, he is interviewed regularly by the various electronic media, TV channels and Press. His passion is directed towards our Nation Building through Quality Education especially to those who are deprived of Quality education. He is been the Life Member of more than 20 National and International highly reputed organizations.  He has received more than 75 awards at the National and International level including the recent one on December 27th 2019, Kautilya Award for Academic Contribution on Development Economics. Award was given by Hon’ble Vice President of India. He has so far produced more than over 1000 civil service officers in the country for nation building.