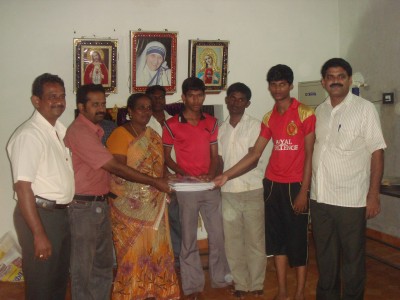 Lion. Er. Savari Raj along with his family & president, secretary and members of Lion’s club observed the 5th death anniversary of his father on 2nd December in Mother Teresa Anbu Illam. In memory of his father stationery items were distributed to the children of Anbu Illam by them.

Error: (#10) This endpoint requires the 'manage_pages' or 'pages_read_engagement' permission or the 'Page Public Content Access' feature. Refer to https://developers.facebook.com/docs/apps/review/login-permissions#manage-pages and https://developers.facebook.com/docs/apps/review/feature#reference-PAGES_ACCESS for details.
Type: OAuthException
Code: 10
Please refer to our Error Message Reference.